In Logical Reasoning all the time we experience issues dependent on games and tournaments. The primary thing that as a CAT taker you have to acknowledge is that such tournament based arrangement offers the examiner a huge number of alternatives. In this way, there can't be a set recipe for settling such sort of inquiries. In any case, in the event that you take a gander at the CAT papers of recent years – an example appears to rise. Let us examine couple of them.

Type 1: The questions are typically in a set where the data will be either in the standard tabular format or a format which you would never find on Cricinfo or for that matter any other ESPN website. The ‘different for the sake of being different’ format essentially tests a CAT taker’s ability to infer data in newer formats.

An example of this would be:

Each diagram communicates the number of runs scored by the three top scores from India, where K, R, S, V, and Y represent Kaif, Rahul, Saurav, Virender, and Yuvraj respectively. The % in each diagram denotes the percentage of total score that was scored by the top three Indian scorers in that game.

I will not get into the detail of solving this particular set. Once you interpret the information, the questions are really simple. The catch in this question (this type of questions) is to interpret the given data.
Let us look at this information in a different way: 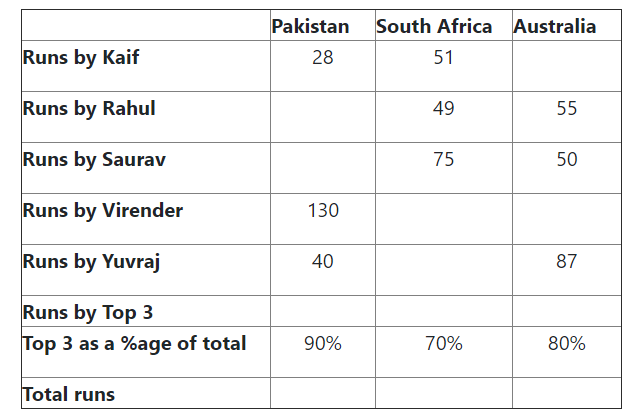 As you can see, the triangular format is no different from providing the same information to the student in a table. It is just a little more intimidating in a pressure situation – and that intimidation is exactly what you should avoid. With some very simple addition and calculation you will be solve this problem set.

Bottom line: Even if it takes a couple of minutes, it is best to represent information in a format that you are comfortable with.

Type 2: For some reason, Tennis appears to be a favorite among exam setters. Actually Tennis does offer some very interesting possibilities – such as seeds, an unconventional scoring and the knockout feature. Knockouts are inherent in the sport of Tennis and hence used frequently by exam setters.

Note: In a knockout tournament,

In this kind of questions, an ‘upset’ comes into the picture which essentially means that a lower seeded plays beat a higher seeded player.

The questions are typically of the format:

Ans: It will be played between the 36th highest seed and the 36th lowest seed.

The 36th lowest seed can be sometimes difficult to figure out but you can figure it out easily by calculating (n+1) – 36.

Ques: If there are no upsets, then in Round 2 who will play the 5th match?

Note: If there are no upsets, then the rth match in the pth round will be played between –Seed ‘r’ and Seed

Ques: Who will meet Seed 37 in the Quarterfinals of a tournament in which 64 players are taking part? Other than Seed 37’s matches, there were no other upsets.

We first need to analyze which round would be the quarterfinal:

Hence, Seed 37 will meet Seed 4 in the quarterfinals.

As a matter of fact, even the above solution is not the most optimal one. Because once you realize that Seed 37 defeated Seed 5, he would keep meeting the opponents that Seed 5 would have met. 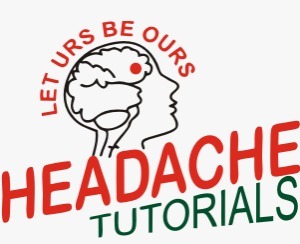 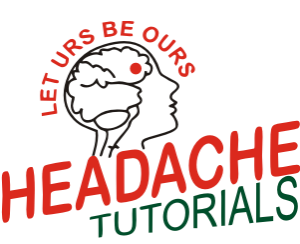